About – Proximity keyfob packs are for use with Proximity compact, Easyprox compact and Switch2 systems. The keyfobs are supplied in plastic wallets, and come in a pack of 50. An intuitive ‘shadow card’ system is used for ease of management.

Door open time card: Sets the amount of time the door is unlocked for.

Silent operation card: Disables the sounder in the reader. The sounder is enabled by presenting the card again (Compact systems only). 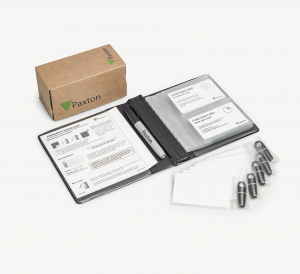