Manchester United Football Club requires no introduction. With 330 million supporters worldwide, its fame has spread well beyond the borders of the UK. With a capacity of 76,000, security and the safe movement of fans is of paramount importance to the club. On match days, entrance to the ground is controlled via turnstiles, while departure is facilitated via a series of exit gates at the rear of the stands.

Manchester United Football Club required a convenient and flexible security solution that would enable the Electrical Services team to individually, and collectively, release and lock the stadium exit gates – and ensure the safe egress of visitors. Whilst Old Trafford had a system in place that enabled them to open and lock exit gates on an individual basis, following the construction of new quadrants, it was not possible to extend the existing system as it had become obsolete.

Garndene Communications Ltd, who has been working with Manchester United for more than ten years, was asked to source a suitable solution for the exit gates in the new quadrants.

“The graphical interface is very easy to manage. This is important as we may not always have the same operator available. I am confident that even in an emergency situation, we have a quick and effective system for unlocking all the doors and evacuating”

Garndene proposed the use of Net2 – Paxton’s leading networked access control system. Although the system was required for egress rather than access control, Garndene was confident that the Net2 system could do the job.

A total of 82 doors in the stadium are now controlled using the system. The door control units are on a dedicated fibre optic network and TCP/IP adaptors are used on the network – meaning there was no need to run additional cabling around the stadium.

Initially, the standard Net2 software was installed in the club’s control room, allowing easy management of individual doors via the user-friendly interface. Mark Gyves, Manchester United’s Electrical Services Manager, then spoke to Garndene about designing some bespoke elements, that would involve doors being grouped together in a block, with one single icon on the computer screen’s graphic that could then control that particular block of doors.

Adrian Brown of Garndene says: “We already had a good understanding of the Net2 system and a co-operative relationship with Paxton. I was sure that by working closely with them we would be able to meet Manchester United’s requirements.

The updated software is designed to unlock and lock the doors in block, and make it easy to see which doors are locked or unlocked, right from the graphical representation on the PC screen, enabling the stadium to be emptied effectively. The doors can instantly be locked and secured once each stand is empty. Where required, individual doors in each block may also be unlocked.

Since the installation of the Net2 system at Old Trafford, the club now has the ability to manage the safe egress of visitors to the stadium, with the added confidence that even in an emergency situation they have a quick and effective system for unlocking all the doors and evacuating any of the stands in a controlled and safe manner.

Mr Gyves says: “The software is key to the whole system and the great thing is that it’s not static. We are able to manipulate and alter it to suit, should we need to make any stadium changes.” 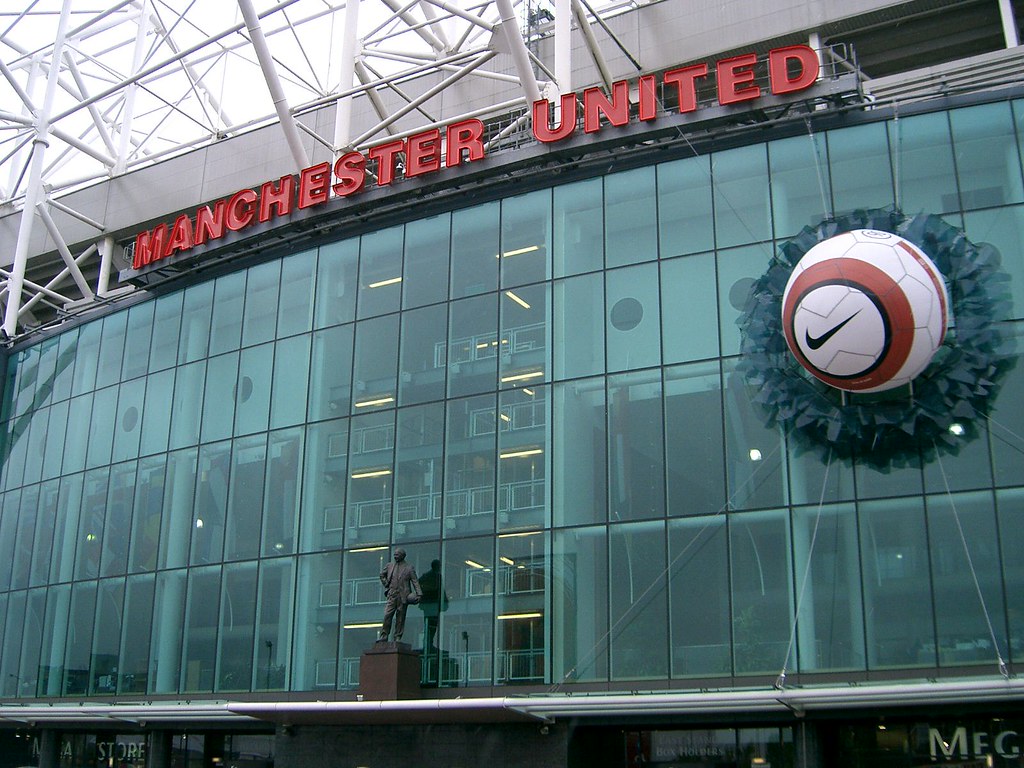 Read our other case studies