See this product in action

Flexible inputs and outputs
Integrate with lifts, heating, lighting & more
Connects directly to LAN/WAN only
4 mains rated relay outputs per board
4 inputs per board
For use with Net2 triggers & actions feature
Where to Buy

About – Consists of four inputs and four outputs and connects directly to a LAN/WAN via an onboard RJ45 connector. I/O boards can be distributed around a building as required. Inputs and outputs can be controlled using the Net2 software ‘triggers and actions’ feature. Boards can be supplied as PCB only, in a plastic housing or mounted within a 2A boxed metal/plastic mains monitored backup power supply.

Installation – A label clearly shows the connections. The I/O board is fitted with the same rising clamp connectors as the Net2 control unit. 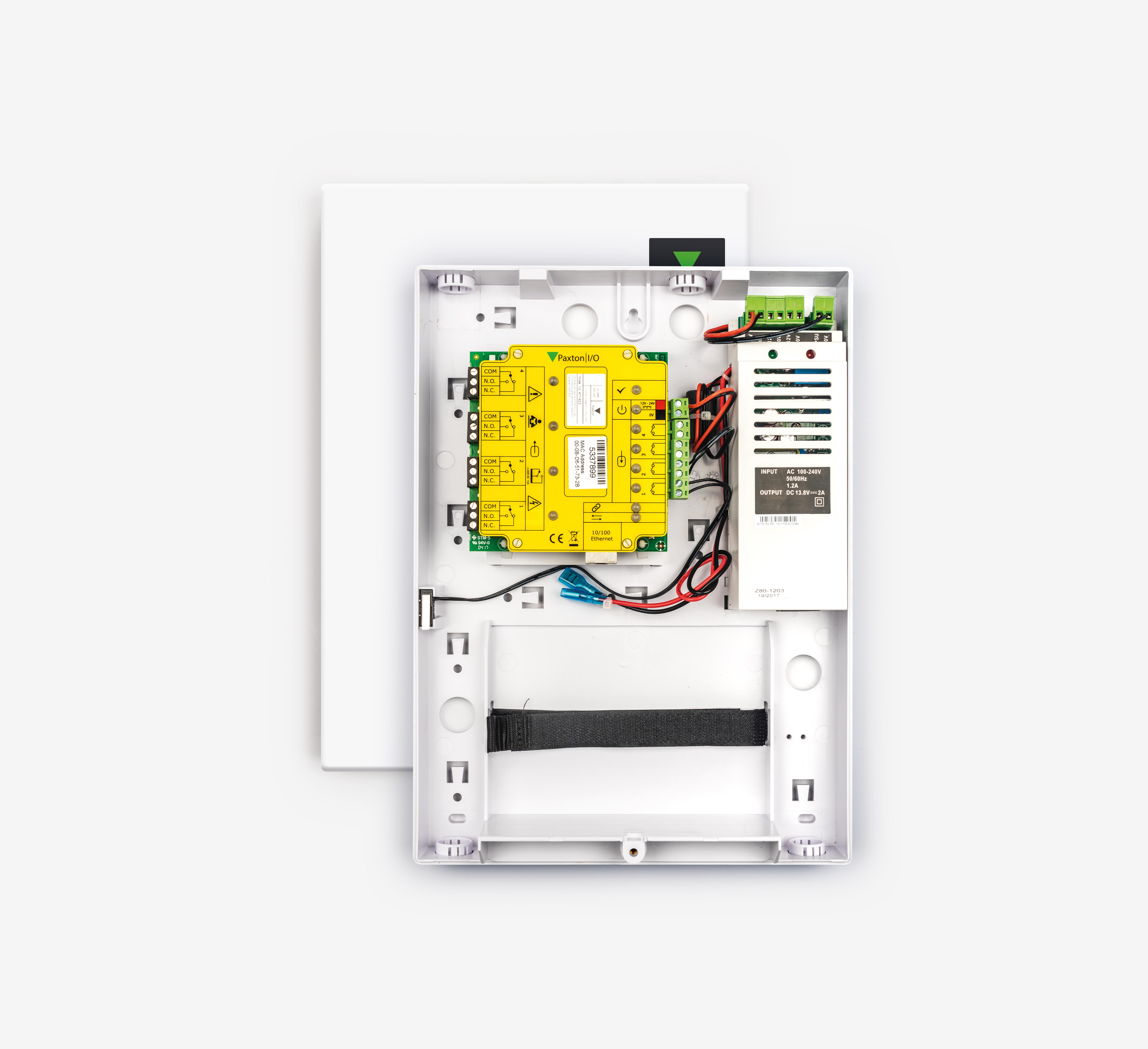 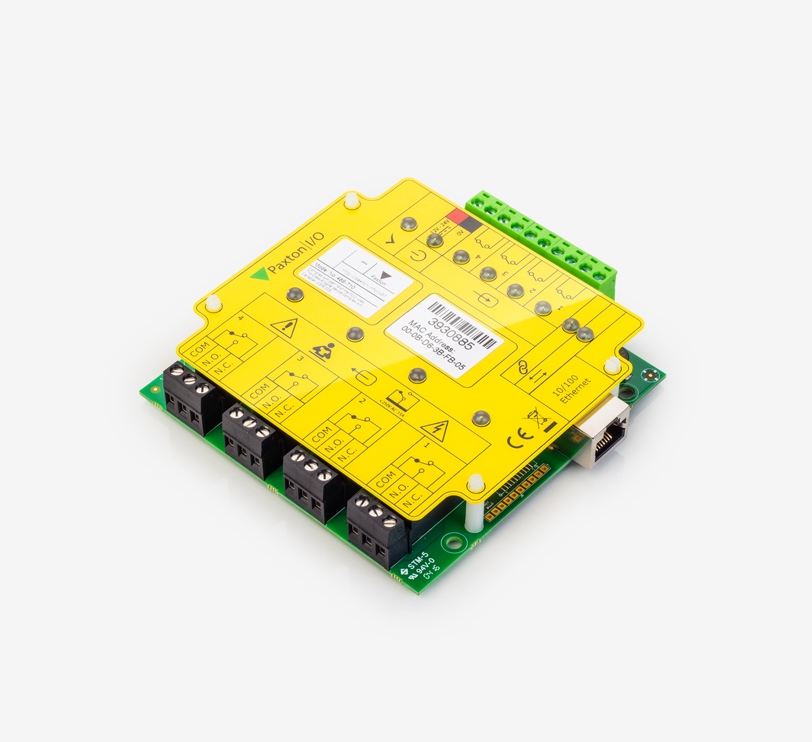 See this product in action